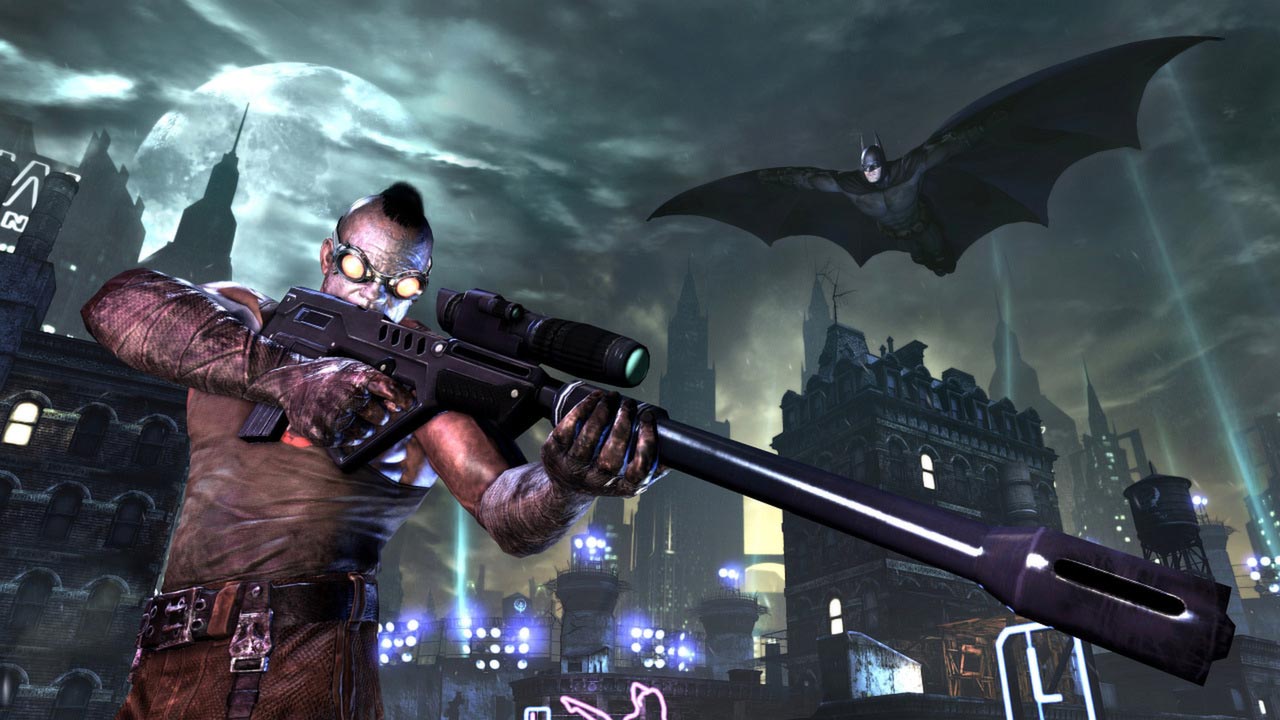 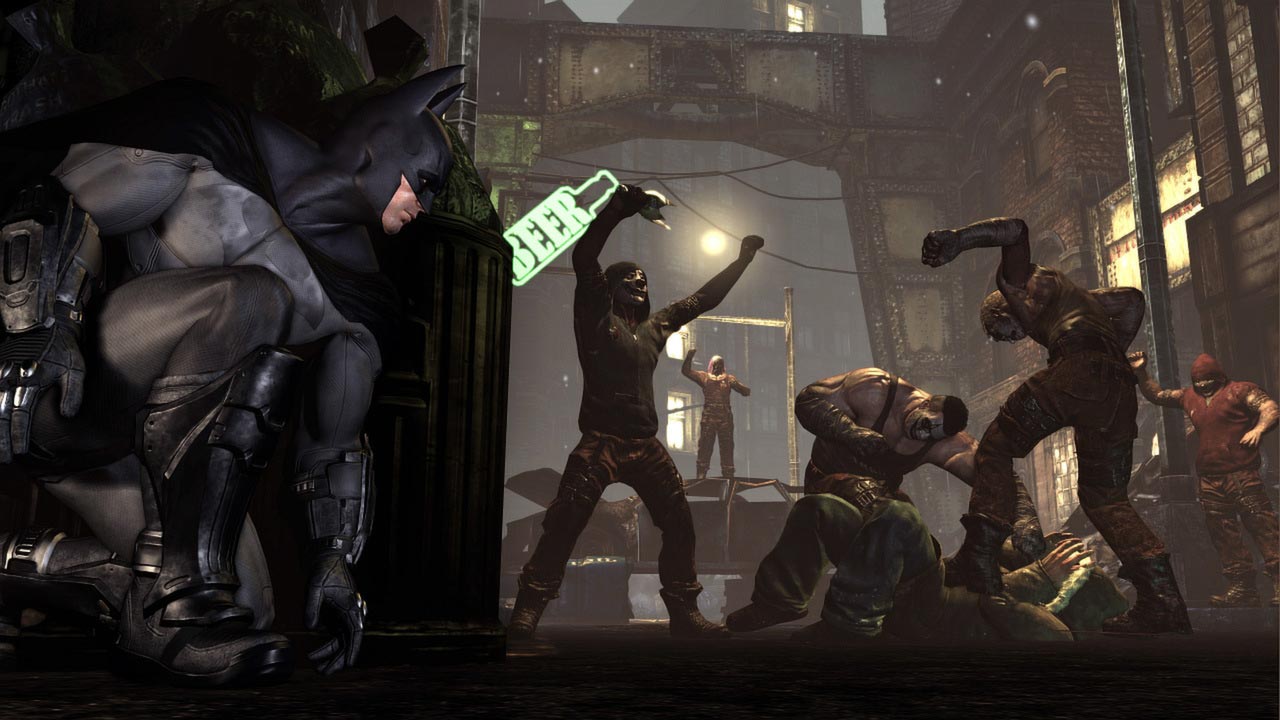 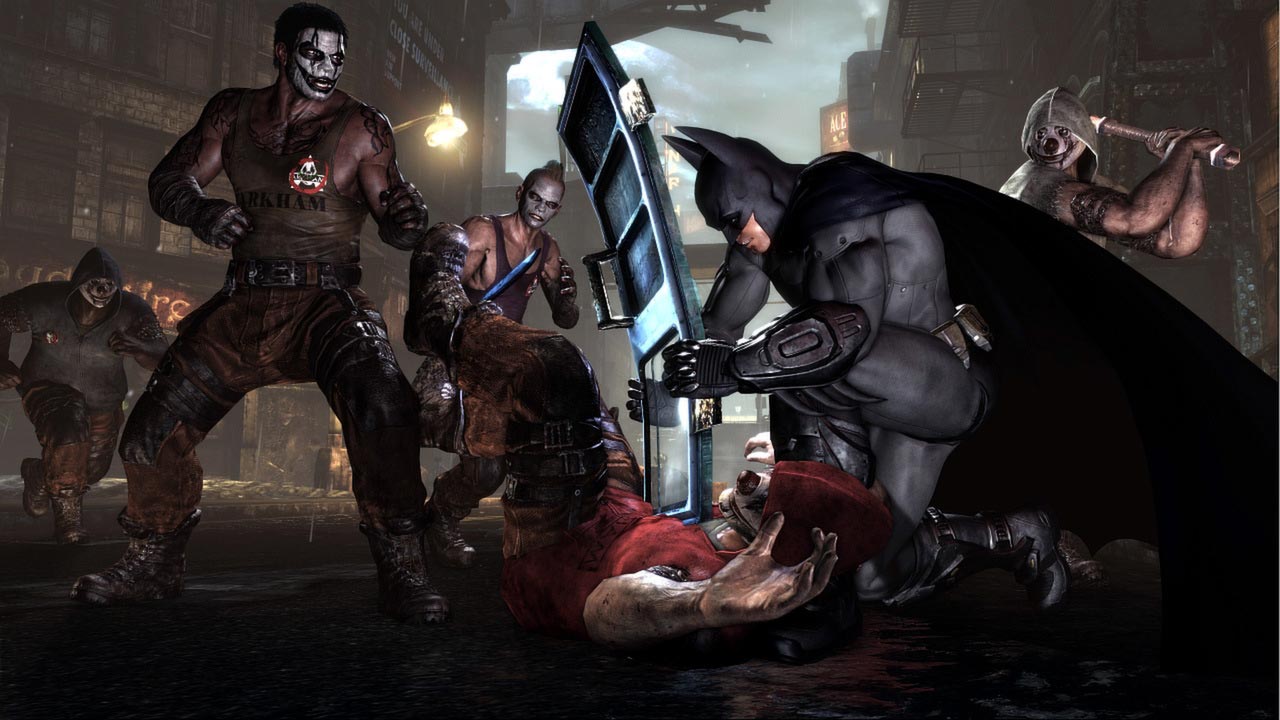 Mr. Key information about the seller and his items
offlineAsk a question


DESCRIPTION:
Studio Rocksteady - the creators of the project Batman: Arkham Asylum - invite players to once again plunge into the gloomy and mysterious atmosphere of Gotham in the game "Batman: Arkham City". Arkhem is a district where insane, insane criminals and maniacs released from a psychiatric clinic and left to their own devices are rampant. This is a black spot in the heart of Gotham, fenced off from the surrounding city by an impregnable wall. And as you know, where evil - there is Batman! In Arkhem, the legendary Batman will meet many famous heroes and villains, and players will experience for themselves what it is to be the Dark Knight.

KEY FEATURES:
• The Dark Knight. In the spectacular battles Batman will use as already honed to perfection, and new techniques and abilities. Life in Arkhem City is a fierce battle in the streets, intense spy missions, exciting investigations, epic battles with supervillains in which the personality of Batman can reveal from an unexpected angle.
• Cat games. Another game character "Batman: Arkhem City" will be a charming Cat. The beautiful superheroine will have his own story, closely intertwined with the adventures of Batman, and her skills, combat techniques and equipment will give everyone a completely new experience of the game.
• One against many. This time, well-organized and skillful opponents who are trained to use heavy weapons, attack in groups and attack from all sides will take on Batman. However, the Batman is not simple: from now on, he owns twice as many combat techniques — attacks, counterattacks, and crushing blows.
• New gadgets. Along with the well-known wonders of technology, Batman will have completely new devices, such as a decoder (Cryptographic Sequencer) and smoke grenades (Smoke Pellets), significantly expanding the range of his superpowers
• Golden pen. For the plot "Batman: Arkhem City" is responsible five-time winner of the "Emmy" writer Paul Dini (Paul Dini). From his pen came a fascinating story, unfolding in a terrible and beautiful place. After the closure of Arkhem Hospital and Blackgate Prison, the new mayor of Gotham ordered to allocate part of the city to create a closed zone, which included both industrial and historical quarters. She received name Arkhem City
• They need to know in person. The players will meet a lot of heroes and villains from the universe of Man-bat. Among them are Two-faced, Harley Quinn, Penguin, Hugo Strange, Victor Zasasz, Calendar, Joker, Cipher and many others
• Invited stars. The main heroes of the game, Batman and Joker, were presented with voices of Hollywood stars Mark Hamill, the famous performer of the Jedi role Luke Skywalker, and Kevin Conroy, the permanent Batman of numerous animated series

Activation Instructions:
1. Download and install the Steam client - http://steampowered.com/download/SteamInstall.msi (if not already installed)
2. Run it. Create a new account or go to an existing one.
3. Select the "Games" section, then "Activate on Steam ..."
4. Enter your purchased activation key. After that, the game will appear in the library and it can be installed

Friends, remember that keys and Gift - is a unique product that can not be returned or exchanged.
Claims are considered only if there is a VIDEO purchase. It must be CONTINUOUS, begin at the MOMENT OF PAYMENT of the GOODS and end with an attempt to activate it.

Have a nice shopping!
Your Mr. Key