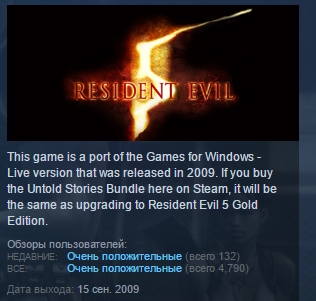 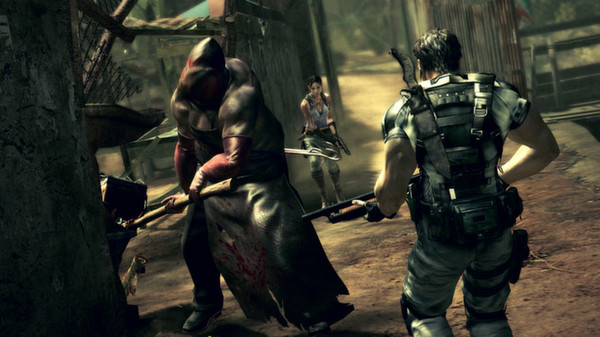 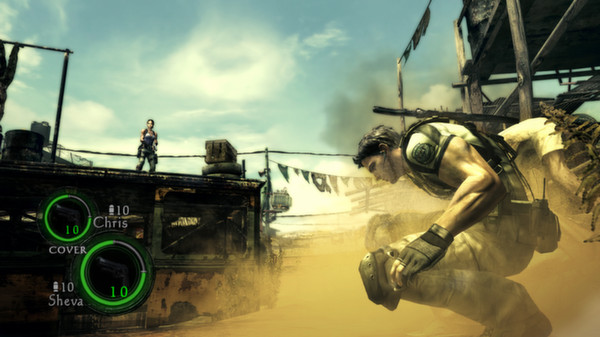 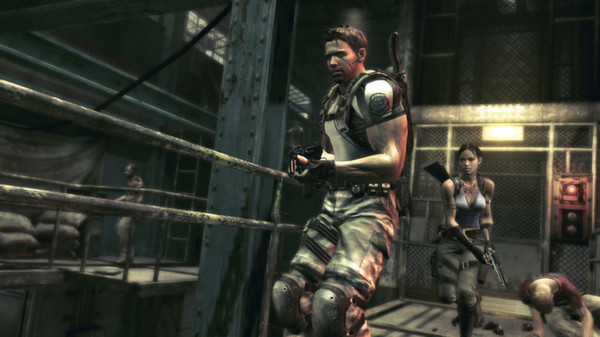 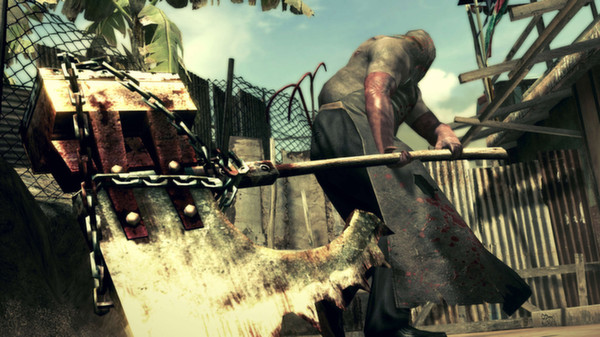 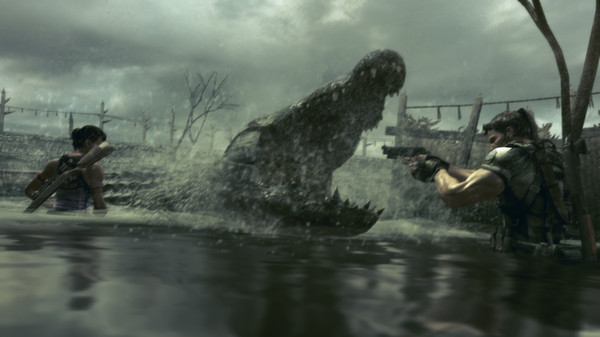 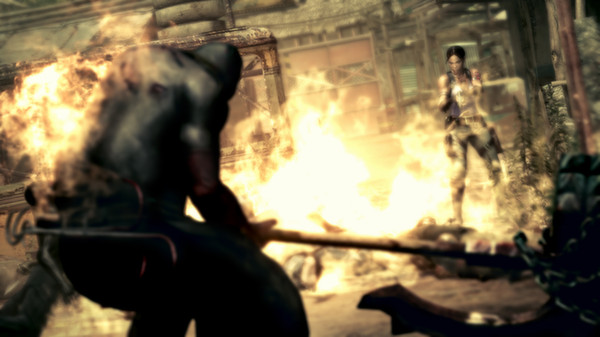 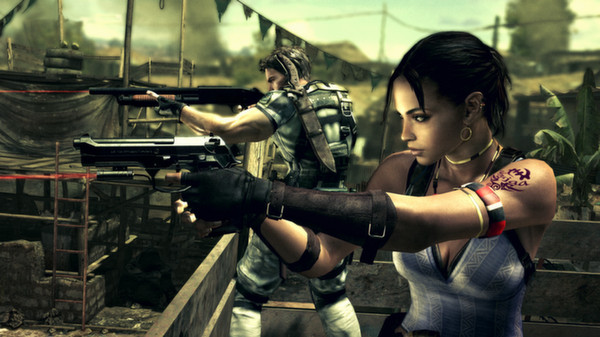 SteamMarket® information about the seller and his items
onlineAsk a question

Resident Evil 5 / Biohazard 5
Story
The Umbrella Corporation and its crop of lethal viruses have been destroyed and contained. But a new, more dangerous threat has emerged. Years after surviving the events in Raccoon City, Chris Redfield has been fighting the scourge of bio-organic weapons all over the world. Now a member of the Bioterrorism Security Assessment Alliance (BSAA), Chris is sent to Africa to investigate a biological agent that is transforming the populace into aggressive and disturbing creatures. Joined by another local BSAA agent, Sheva Alomar, the two must work together to solve the truth behind the disturbing turn of events.

Content Description
This game is a port of the Games for Windows - Live version that was released in 2009. If you buy the Untold Stories Bundle here on Steam, it will be the same as upgrading to Resident Evil 5 Gold Edition.

1. You need to download and install Steam http://steampowered.com/download/SteamInstall.msi
2. Go to your account or register a new one.
3. Go to the "My Games" and select "Activate via Steam ...", and enter the key received after payment.
4. Once activated, the game will appear in the game list (Library) and you can download it